It is a myth that mobile app development is costly and difficult to be done by a company. It depends on various factors like:

Simple and easy to use mobile apps like basic table applications which rely on usefulness and functionality, will be less expensive as compared to complicated mobile applications. Also, if you look out for a team of freelance engineers having sufficient knowledge or if you outsource your mobile app development, it will be economical than getting it developed in-house which requires ample investment.  So, it is not always necessary that mobile app development will be a costly affair for your business.

2. Native App is a must for a better experience: 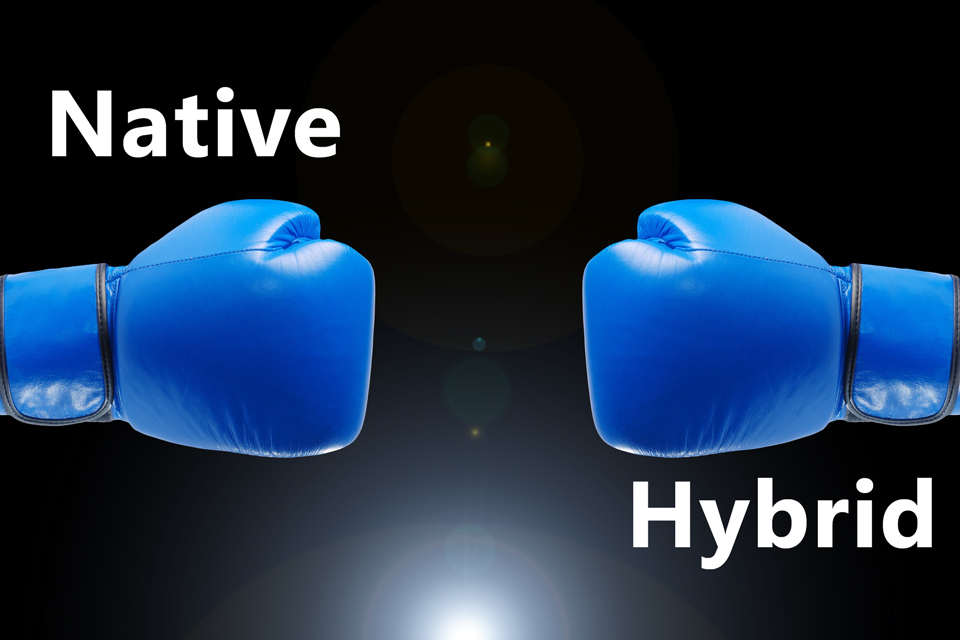 Mobile apps can be developed with various technologies like Native, Hybrid, React Native etc. There’s also a platform known as Mobile Web (HTML5). Each of these has its own pros and cons. Some of them might believe that Native mobile app will give excellent results but, that might not be true for all the apps. The technology to be used depends on factors like the user expectations, business requirements, an objective for which the app is being developed, accessibility of data etc. For e.g. business audience of a retail store app will have different demands than that of a social networking app. 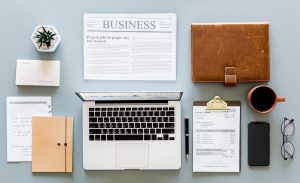 If you think “my business doesn’t need a mobile app”, you definitely need to rethink your strategy. It doesn’t matter if your business is a start-up, small-scale or a large enterprise, seeking optimal solutions and high profitability with customer satisfaction is the goal of every business. Introducing mobile applications into the business ecosystem will help you achieve your goals viz., lead generation, easy collaboration, improved efficiency, high productivity, and increased visibility.

4. Mobile App development is all about “Coding” 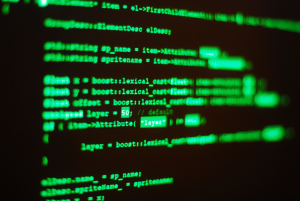 Once you have answers, you can start wireframing for solutions and then think about coding. The look and feel and easy accessibility are also vital for an application to be successfully built.

5. With the App’s release, your job is over 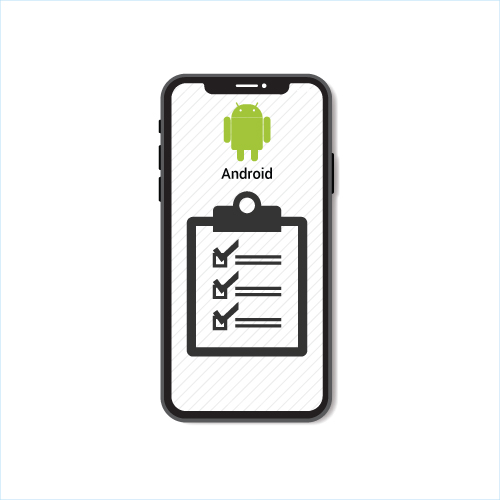 If you think that with the app’s release, nothing needs to be done further, you’re mistaken. App development is sort of a process with a sequence of various cycles. Once the app is launched, the users will start using the app and will start giving feedback about the app. So, post-release maintenance and upgrades will be required for the app to function efficiently. One half of app development is building and releasing it. The other half is support, maintenance, bug fixing & enhancing the app continuously for its seamless performance.

6. Developing only iOS app is enough

Since native apps do not work on all platforms, separate apps will be required for each platform. So, there will always be a doubt as to which platform to decide upon for your app? And the iOS platform being the most profitable will be your obvious choice. But, you need to take a step back and rethink your obvious choice. If you are offering consumer product applications for individual users, the iOS platform will be a great choice. On the iOS platform, the users install and use the apps reliably. But in case if you are planning to offer business applications, an Android app becomes necessary. That is to say, if an opinion maker in a group requires something other than the iOS platform, he/she will push the whole group towards an app that is easy to use for everyone. Thus, it becomes important to think beyond the iOS platform. 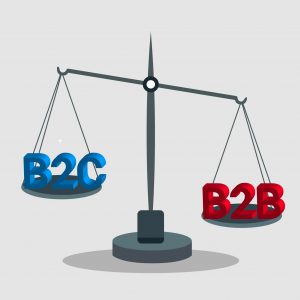 B2C apps are popular with individual users and B2B apps are useful for businesses and their customers, retailers or wholesalers. Developing B2C apps require less investment as compared to B2B apps. While B2C apps cater to a vast audience, making it difficult to identify the targeted audience, B2B apps can easily cater to a targeted audience. This makes it easy to establish a B2B app in the market as compared to the B2C app. For a B2C app, retaining users is a mammoth task since new apps are being launched daily, whereas for B2B apps it is easy to retain their users. Though B2B apps have a higher development cost as compared to B2C apps, the ROI from B2B apps is easily generated as their users are willing to pay higher costs for quality apps and B2B apps are used for solving targeted problems. Thus, even if B2B apps are slightly costly, they generate a higher ROI than B2C apps. 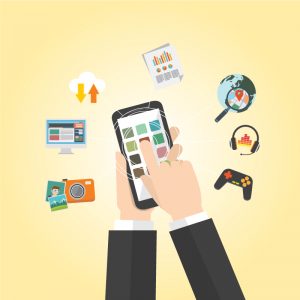 A successfully placed app is one which has good features and is practically easy to use. A lot of companies think that apps with great features will be successful. But, if it is difficult to integrate that app with a company’s existing CRM or if there’s no easy accessibility, even an app with good features will not be of much use. The features need to fit together in the app and app should be well placed for your mobile marketing strategy which further will be a part of your corporate marketing strategy. You need to ask yourself a few questions like: are these features useful for users? How do they make a user’s life easier? Are these features solving the targeted problems? If the answer is no, then these features aren’t worth adding to the app, no matter how good they are.

9. You need to be a genius coder to develop a mobile app 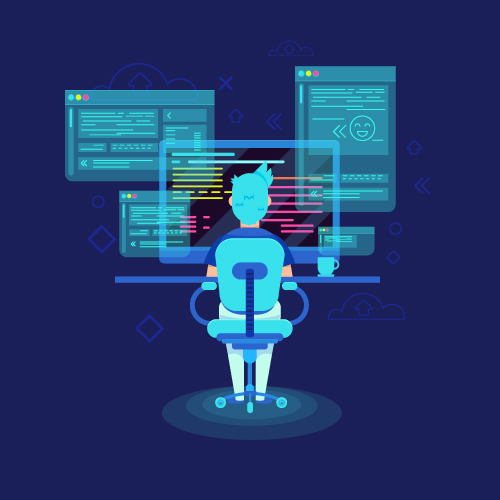 It’s important to know what goes into developing a mobile app because it’s all about software development and coding. You do not need to be a genius coder to develop a mobile app. If you know what sort of an app is required for your business, your targeted audience and the reason for developing your app, it becomes easy for you to develop an app with some research and familiarity with developer languages on your part and a lot of help from the team of your software engineers. As a decision maker, defining the problem and how will the mobile app solve that problem is what you should know. If you know this, you can give a brief idea to your developers and they’ll let you know if your idea is technically feasible and viable.

10. Paid marketing gets you good ROI 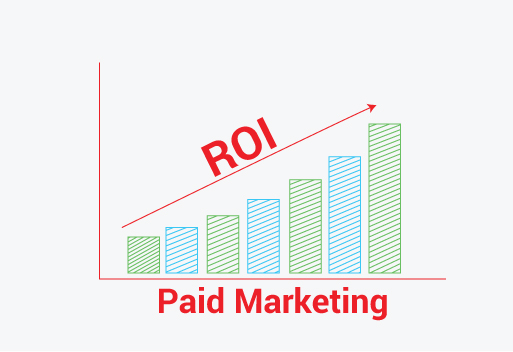 You need to build a top-notch app which can be offered to your users. Marketing comes at a later stage. Of course, paid marketing is good when your app has been newly launched and you want to increase the app’s downloads. With a proper marketing strategy, you can increase the reach of your app and number of users. But, if the users do not like your app, they might even uninstall it. So, a paid marketing strategy doesn’t guarantee user retention or good ROI. For generating a good ROI on your product, you need to build a great and easy to use an app. User satisfaction is the biggest factor impacting your ROI. If users are happy with your app, it might as well become popular through word of mouth publicity. 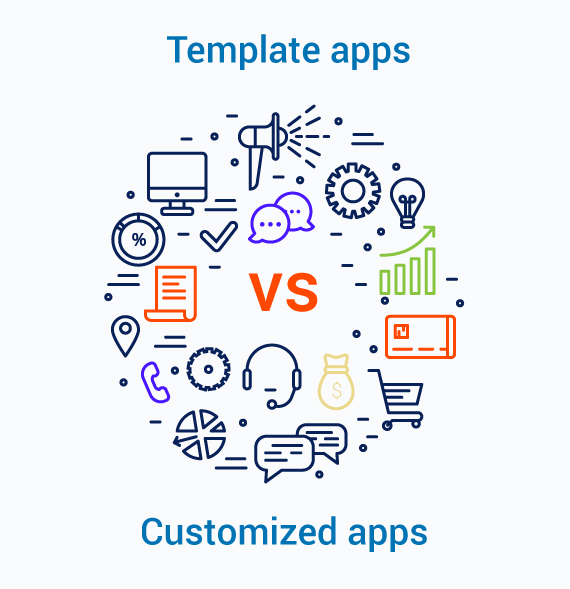 Since template apps are almost ready to use with very little or no development involved, they can be deployed easily as compared to customized apps. Custom apps require development from scratch and require a specific skill set as they are being developed for a specific purpose. It depends on your business as to which type of app will it require. Some businesses which do not want to invest but require an app can opt for template apps, for e.g. a task reminder app. But, those businesses who want to build apps for providing specific solutions to their users will need a custom app, for e.g. app for logistics tracking. The features like data storage, control, flexibility, and scalability are better in customized apps as compared to template apps. Thus, it is not always true that template apps are better or preferable to customized apps.

12. In-house app development is the only option 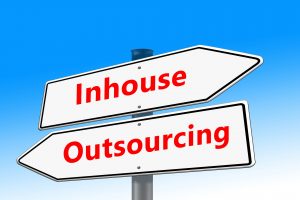 Having an in-house app development team requires a huge capital investment. When the business is new and you might have a restricted budget for developing your mobile app, you might as well opt for outsourcing. Some believe that outsourcing the app’s development is bad and unpromising for the business. But, it is not always true. By outsourcing your app’s development you are delegating the responsibility to a team of pros who know their work. So they’ll be answerable to you and you do not need to overlook the work all the time and, can use this time productively in other projects. So you don’t need to worry about the team not working while having control over the budget and development process until the app is launched. Outsourcing also provides you flexibility in terms of geographical locations. 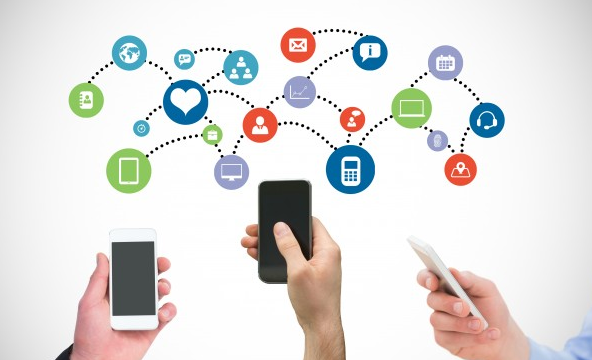 Do not think of your app users who download the app as your customers. There’s a huge difference between app users and your customers. Those users, who are willing to pay to use your app, are actually the ones you should focus upon. You should focus with help of an advertising strategy as well as paid advertising and focus upon these customers who will pay for your app’s usage and make you money in the process.

As per a fact stated by Andrew Chen:

Also, let’s see what Ankit Jain of Quettra has to say who collaborated with Andrew Chen:

“Users try out a lot of apps but decide which ones they want to ‘stop using’ within the first 3-7 days. For ‘decent’ apps, the majority of users retained for 7 days stick around much longer. The key to success is to get the users hooked during that critical first 3-7 day period.”

Thus it is important that you retain your app’s users post the 7 day period who are willing to pay, if you want to make them your loyal customers, by offering them a seamless experience of your app.