How Can IoT Make Cities "Smart"?

How Can IoT Make Cities "Smart"?

|In IoT, Technology
|By Mandar Majmudar

How can Internet of Things technology and IoT powered devices help to reduce energy consumption levels and improve the management of modern cities.

If we are to believe the predictions made by Gartner, the global analyst firm, by 2020 there could be more than 20 billion “things” connected to the Internet and they would be sending data all over the world. As per one estimate, in the near future, there might be over 40 billion IoT powered devices, with each active user using 30 such devices. As technologies advance and more and more businesses, the world over, gear up to tap the financial benefits offered by a highly lucrative IoT market, the scope of IoT applicability is increasing by leaps and bounds.

Some of the common use cases of using Internet of Things today are:

Internet of Things (IoT) is more of a concept rather than a technology. When we talk about IoT technology, we actually refer to the conglomeration of various technologies and tech enabled devices using IoT concepts. It can include tangible devices such as connectors, sensors, cables, computer hardware, mobile phones, display panels etc. as well as non-tangible parts like software and WiFi required to function the devices. In a true sense, an IoT technology stack is nothing else other than a range of technologies, standards and applications, which help in connecting various types of objects to the Internet, to gather valuable insights as well as to enhance the scope of applications by connecting things, gathering data and analyzing it to produce useful results or actions.

When IoT enabled devices are integrated into the infrastructure of towns and cities, they create a potential to revolutionize the way most people live their daily lives – By making cities more accessible, safer and easier to navigate.

What is a smart city?

A smart city typically uses different types of electronic data-collection sensors to supply information used for managing assets and resources in a more efficient manner. This can include any type of data collected directly or indirectly from citizens, devices, as well as from various types of assets. The data is analyzed to monitor and manage transportation and traffic systems, water supply networks, power plants, waste management, information systems, law enforcement, hospitals, schools, libraries and other community based services.

The concept of smart city integrates information and communication technology (ICT) with various physical devices connected to a network – the Internet of things or IoT – to make city operations more efficient and provide quality services to citizens. The smart city “technology” facilitates city officials to interact directly with the community and infrastructure so they can monitor what is happening within the city and how the city is evolving.

There are no rules to define a smart city. The general conception of a smart city is a populated urban area using different types of electronic data collection devices and/or sensors to generate information used to manage assets and resources in an efficient manner. Typically, a smart city offers core infrastructure and gives a decent quality of life to its local citizens in addition to a clean and sustainable environment. Therefore, cities have to be envisioned and planned to become “smart.”

Here’re a few characteristics one can find in smart cities.

Many cities have historical monuments, buildings and heritage sites which need to be properly maintained and protected at all times. A common threat affecting the majority of such buildings and sites is the effect of weather and external agents which spoil the exteriors and weaken the structure over a period of time. The parts of a building prone to impact of external agents can be identified and a database of the building’s structural integrity can be maintained using IoT. Data is collected from sensors placed in various parts of the building. The nature of data comprises of inputs obtained from sensors recording the vibrations and minute deformations occurring in the building’s walls and support structure due to stress, the intensity of atmospheric agents, temperature and humidity levels. 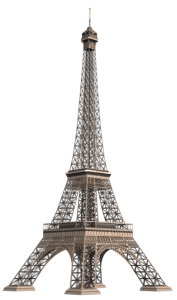 This eliminates the need to have the entire building tested periodically by human operators. Moreover, the data collected by the IoT systems from such monuments and buildings could prove to be very valuable in understanding how similar buildings or structures exposed to similar external conditions might be subjected to stress and weather conditions.

Almost all cities face waste disposal and management issues. The factors to consider are the cost involved in keeping the city clean and storing the waste until it is processed and disposed off. Since it is not possible to monitor the levels of garbage in disposal cans spread across the entire city, garbage collection vehicles have to manually check the garbage cans whether they need any emptying or not. It’s possible that not all garbage cans in a particular area are filled to the brim with garbage and need to be emptied daily or twice a day. However, the truck fleet has to check each and every garbage can to prevent them from over spilling the garbage onto the pavements in case they have been used by more number of people. Quite often cans aren’t totally filled up or need any immediate emptying. 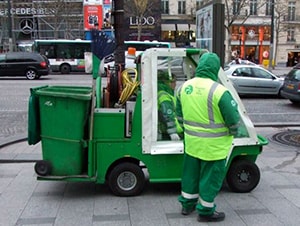 Each garbage collection vehicle incurs a certain fuel cost as it visits various parts of the city. If many such vehicles return half-filled or empty, it is a wasted trip for them and fuel as well as time is wasted which could be otherwise utilized for some other important activity. IoT proposes intelligent waste containers which detect the nature and levels of garbage and send appropriate notifications to the city waste management department as to which area needs waste management services the most, at what times, and how frequently. The data collected can help to manage the truck fleet in a more cost saving manner and provide more frequent services in areas where garbage needs to be collected several times a day e.g. bus stops and airport terminals, malls, eateries etc.

Crowded places often cause people to have headaches or experience shortness of breath – especially if they’re having a health issue. Clean air is a necessity for sustaining a healthy life. It’s required not just by humans to maintain good health but also for the entire environment. Even pets and wild animals need good air. The European Union has adopted a Renewable Energy Directive according to which greenhouse gas emissions have to be reduced by 20 percent in the next decade. Energy consumption is targeted to be reduced by 20 percent by using more energy efficient devices and systems. In addition, effective sources of renewable energy are to be properly explored and energy generation should also be increased by 20 percent.

While it may not be possible to prevent or control people from gathering in public places or events e.g. a rock concert or a festival, using IoT it is possible to inform people about the quality of air in crowded areas, parks or fitness trails so they can decide for themselves and plan their visits accordingly. Joggers can choose less crowded city parks while the elderly can select less crowded park areas for their morning walk where they can get a breath of fresh air.

Just as carbon oxide (CO) pollutes air and affects the health, loud noises too can be considered as “pollutants” since they can affect people’s concentration levels or make us irritable. Even though civic authorities try to enforce law to reduce noise pollution levels in different parts of the city, it’s impossible to ascertain whether everyone is keeping their TV or home stereo volumes low or there’s a noisy party going on in the neighborhood.

Noise monitoring systems using IoT devices installed in various parts of the city can automatically inform the law enforcement agencies if the noise levels increase beyond certain decibels and appropriate actions can be easily taken at the correct time to preserve public sentiments.

As per a study by Texas A&M Transportation Institute (TTI) and INRIX American drivers wasted over 6.9 billion hours stuck in traffic which costs more than $124 billion each year. The average commuter guzzles an extra 19 gallons of gas while stuck in traffic jams which comes to over 3 billion gallons of fuel wasted annually.

Data collected by setting up traffic sensing devices on inner roads that lead to freeways or expressways can be used to divert traffic to other less congested routes, thus decreasing the density of traffic on main roads.

The most common sources of energy consumption in a city are public lighting, traffic lights, monitoring cameras, heating/cooling of public buildings and so on. Just as unnecessary fuel costs are incurred as garbage disposal fleet has to mandatorily visit the collection points, a lot of energy can be saved if public lights are automatically dimmed or shut off in areas devoid of human presence during night time.

IoT devices can sense if a particular area is isolated, and if such is the case, power can be automatically saved by sending a notification to the public lighting control center and reducing or temporarily shutting off power in that area or vicinity. Moreover, the insights availed regarding power usage in different parts of the city over the months can also help the city energy board to better utilize and manage electricity.

The IoT enabled smart parking system comprising of road sensors and intelligent displays can direct motorists to use the nearest vacant spot while parking their cars in the city. As you have to spend less time locating a parking slot, fewer CO emissions emit from your car and there’s less traffic congestion along the way.

Such a smart parking service can also be integrated using short-range communication technologies such as Radio Frequency Identifiers (RFID) or Near Field Communication (NFC). The law enforcement department can maintain an electronic verification system of parking permits in slots specially reserved for residents or disabled people, thus providing better services to citizens.