Xamarin or Native App Development – Which One Should You Choose?

Xamarin or Native App Development – Which One Should You Choose?

Xamarin was a software company founded in 2011. In 2016, Xamarin was acquired by Microsoft. Xamarin provides the tools which can help build cross-platform mobile applications that have all the features of native apps and also share a common codebase. With the codes in Xamarin written mostly in C#, Xamarin tools can be used by developers to write native, Android, iOS and Windows apps with native user interfaces. These codes can also be shared across various platforms which includes Mac’s OS & Windows. Xamarin also supports wearable devices, so native apps can be developed for Android wearable or Apple watch.  Xamarin converts the native languages like Java & Objective-C used for Android and iOS languages to C#, which helps developers code in a familiar language. Further, C# can also be used by developers to code for both the platforms without having to remember a lot of Syntax. Since Xamarin enables cross-platform app development, especially for mobile and gaming apps, this platform is gaining momentum and becoming increasingly popular. Xamarin also allows developers to share 90% of the codebase across various platforms and has a community of almost 1.4 million developers.

What are Native Apps

When apps are developed and used for a particular platform or device, they are known as native apps. Native apps are used for specific platforms and are written in specific programming languages like Java, Swift or Objective-C. Since native apps are platform specific, they can take full advantage of these platforms and perform optimally. Native apps are also highly reliable and since they are platform specific apps, they can be leveraged to take full advantage of the latest technologies. Due to all these traits, the native apps will be able to provide the best user experience which is fast, fluid and has total access to all the device features. Since a native app can be directly installed on a mobile device, the data associated with such native apps can be stored remotely, on the cloud or on the device itself which results in fast and responsive software performance. 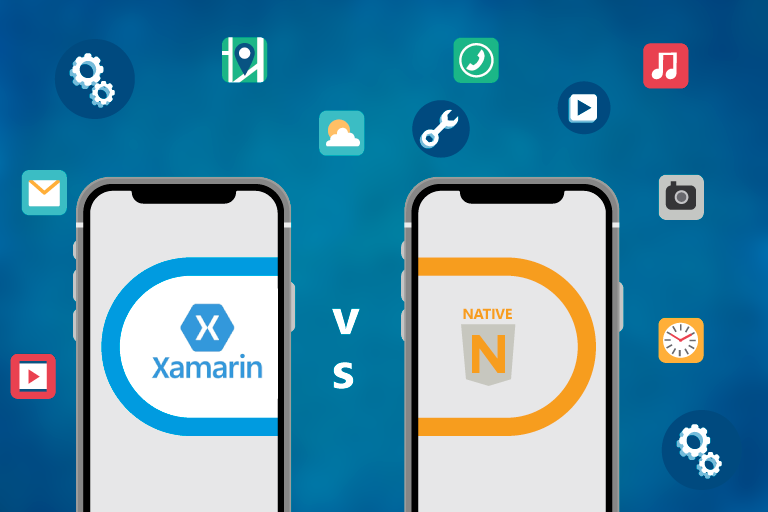 Xamarin or Native – Which one to choose

There are various factors to be considered while decided whether you should choose Xamarin or Native app development:

When to build Xamarin apps:

When to build native apps: