|In Java, Technology
|By Dhrumil Patel

Lambda expression is one of the new features of Java 8. It is mainly used to implement functional interfaces. This article covers 3 aspects:

It is used for implementing interfaces or evoking the override methods of a class and/or an interface. it is declared and instanced at the same time. Just like creating an instance and defining local variables, it is created locally in the method, or at the class level. It does not have a name for itself so that’s why it is called an “Anonymous” inner class. 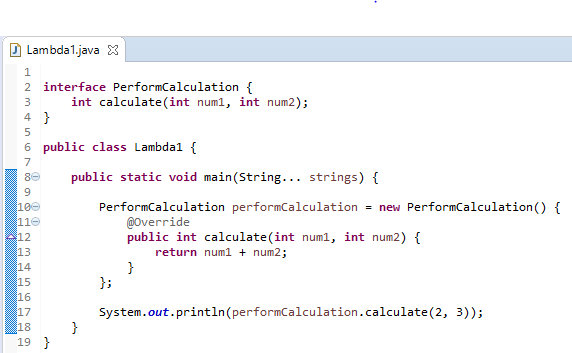 
In the above code, the snippet PerformCalulation is implemented when its interface is called. This is the anonymous inner class and its implementation overrides the calculate method.

It is used for implementing the functional interface.

What is a functional interface? 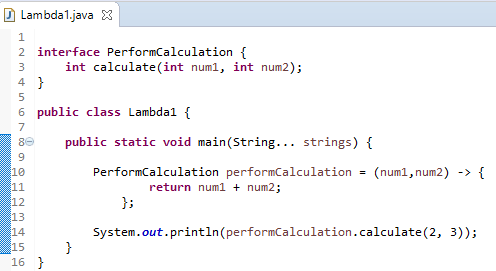 In the above code, the snippet PerformCalculation interface is the functional interface. If you check Image 1 and Image 2, both will print 5. In image 2 we have used a Lambda Expression in lines 10 to 12.

There are other syntaxes for lambdas and they depend upon the argument list as well as the method body:

The eighth snippet will not compile because the line is missing a semicolon.

3. Pros and Cons of Lambda 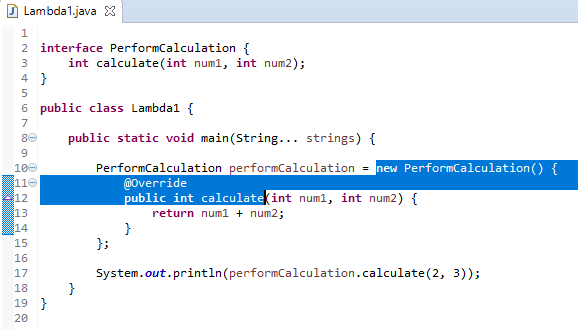 Here the Lambda1$1.class file is created due to the anonymous class. However, if we

compile Lambda it will not create a class file.

We can only use it when we implement the functional interface.