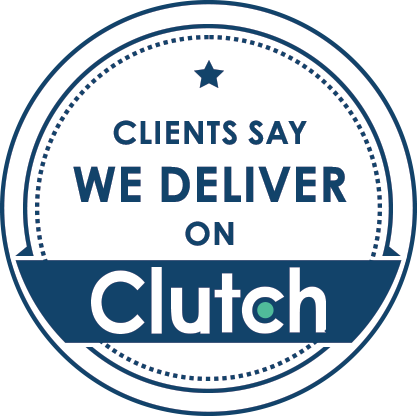 The updated app has gotten a lot of positive feedback and has much easier navigation and functionality. Sunflower Lab is available 24/7 and was transparent and diligent. They are willing to give recommendations and suggestions, demonstrating a wealth of knowledge and expertise.

We’re a manufacturing and service provider for the packaging industry and specialize in protective packaging. I run the marketing for North America.

What challenges were you trying to address with Sunflower Lab?

We had a mobile app that was a little outdated and we were in the market for a new developer.

The app was pretty much a mobile site and it was outdated for the fact that it was a little slow and the updates were a little bit behind the times. What we wanted to do was improve the overall efficiency of the app. We felt it needed to be a lot quicker to respond and a little smaller in file size than what it was currently at. We also wanted to reduce the number of clicks to improve the experience of the user. The app is an outreach of our marketing department. It provides our internal sales team as well as our distributors/customers with the marketing material and product information to help drive sales and growth. The app is iOS native and the Android version will be rolled out by the end of the year. We’re going to add a few more features to give our sales teams as well as employees access to perform functions and processes that might be a little bit challenging to do on their computers.

One of the challenges was we’d ended our relationship with our current developer that was going to expire on June 1st which was in the terms of the contract. When we started interviewing companies, a lot of the companies could tell us what we wanted to hear which was they could quickly develop this and launch it by June 1st. With Sunflower Lab we really felt like that was doable. We had a lot more confidence in them. We had it available June 1st on the market but didn’t officially announce it until the end of June. These guys were able to quickly move and adapt to what was currently built to improve and then get it restructured with more efficiency than what it was currently operating at the time. The project was completed quickly.

We actually did some searches on Google, came across Clutch, and was able to narrow down a handle full of searches just by going through that directory. We were able to find that Sunflower specialized in mobile app development, therefore, we could find a vendor to fit our needs. We interviewed four companies and brought three in. For us, it was about accountability. We knew by going through this directory that anyone that was listed specialized in mobile applications. We felt confident that whatever company we brought in was going to fit the expertise that we needed. We really hit it off with Sunflower Lab versus some of the other companies.

We started working with them in April 2017, and the relationship is ongoing. We’ve already rolled out the next phase so the recent mobile app development has launched. That new version went out at the end of June, and right now we’re in discussions on new developments within the app.

We don’t have any metrics that we can share because we just launched the new version of the app a few weeks ago. I’ve actually got a meeting with my contact coming up where we’re going to review how many downloads and who’s opening the apps and how long they’re on it. I go back to how swiftly they were able to move and adapt to what we currently had in place in order to transition things smoothly and quickly implement and launch.

One of the favorite functions for users was when the app needed to be updated, it automatically did so in the background of the phones. It wasn’t a requirement for them to delete an app and then go back to a store and download the new version. They just had to open the app and it would update. They didn’t have to even process an update or push that notification. For them, it was an experience that was shocking in a positive way. Users said it was much easier to navigate and the functionality seems more simple. The feedback that I got was extremely positive and I’m still continuing to get good feedback as far as some of the push notifications and some of the efficiency improvements about its functionality.

Communication is key in most projects and they out performed my expectations. We had a weekly call and one of the benefits with Sunflower is it’s a company that is operational 24/7. We constantly had support even after hours. During times when we’re not working, we’d get back in the office and some of the issues would be corrected by the time we got there. That was refreshing compared to what we were used to in the past. If they asked for something over the weekend and I was able to get it to them, they would quickly respond with another request. They seemed to want to get that information or that content so that they could work on it to attack the project. They were pretty diligent with their work. Another example would be even after a meeting, if there was a slight bit of confusion with what exactly I was requesting, I would get a call pretty quickly after the meeting from either the owner/partner or the project manager to dive in a little bit deeper on the details.

We used Trello which allowed us to monitor the project scope as they were working on small projects versus large scale throughout the whole entire process. We could see live updates. We could communicate and interact with the developers instantly if we needed to in order to maybe support any questions they have or if we have a question for them. I thought that made the whole project a lot more visible. I had one key contact below the owner of the company or one of the partners and we met every Monday. He would be my contact if I had a question about something or if I needed to address something with him, and I could call him directly.

They don’t hesitate to make recommendations on what they think would be the best course of action for the finished product. They certainly will provide that input whether you like it or not and I appreciate that because to me it’s an open forum. We value their input. They’re experts in the industry, so we rely on their input. I was also impressed with their communication. I have to say with my previous developer, communication was lacking and there was a lot of disconnect. With Sunflower there was none of that. There was no confusion, and if there ever was, they definitely made sure to answer any confusion at the time so it could be cleared up quickly.

They probably know better what they would need to improve. From my side, the client side, I don’t see an area at this time.